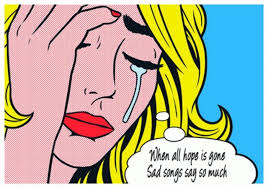 There’s an interesting article in the New Yorker today which suggests that Facebook, that loveable social network, might actually be making you unhappy. It isn’t the first time that social networks have been accused of adding to human misery but this article, which references a new study from the University of Michigan psychologist Ethan Kross, says it makes us feel sad and lonely.

Here’s what Kross and his team discovered.

In the course of two weeks Kross and his colleagues sent text messages to eighty-two Ann Arbor residents five times per day. The researchers wanted to know a few things: how their subjects felt overall, how worried and lonely they were, how much they had used Facebook, and how often they had had direct interaction with others since the previous text message. Kross found that the more people used Facebook in the time between the two texts, the less happy they felt–and the more their overall satisfaction declined from the beginning of the study until its end. The data, he argues, shows that Facebook was making them unhappy.

The article also mentions older surveys which concur in some way with Kross’ conclusions and points to a 2010 analysis of forty studies which suggests that the Internet use had a small, significant detrimental effect on overall well-being.
Finally it mentions that old classic jealousy. Apparently Facebook users feel their life is nowhere near as exciting as all their friends who are posting pictures of their adventures.

I don’t know about you, but I think that Facebook is fairly neutral and that, if anything it tends to amplify feelings that we already have. If you are a depressed person you are possibly going to find things that will make you feel sad. If you are happy, other people’s good news might make you feel even more elated.

And to be fair the article doesn’t mention surveys which have highlighted Facebook’s uplifting nature.

On a personal level all I can say is that Facebook has enabled me to develop friendships with people across the globe that enrich my life. Without it I would have never met them. Also I have a much deeper understanding of the lives of many of my friends as, though their updates I know a great deal more about their lives than I did in pre-social networking days.

Finally the thousands of groups for people who faces challenges in their lives have to be a good and uplifting thing. There is nothing more positive than finding someone else who has been through the same difficult experiences as you have and then sharing with them and maybe learning how they handled things.

So what do you think? Does Facebook make you sad?