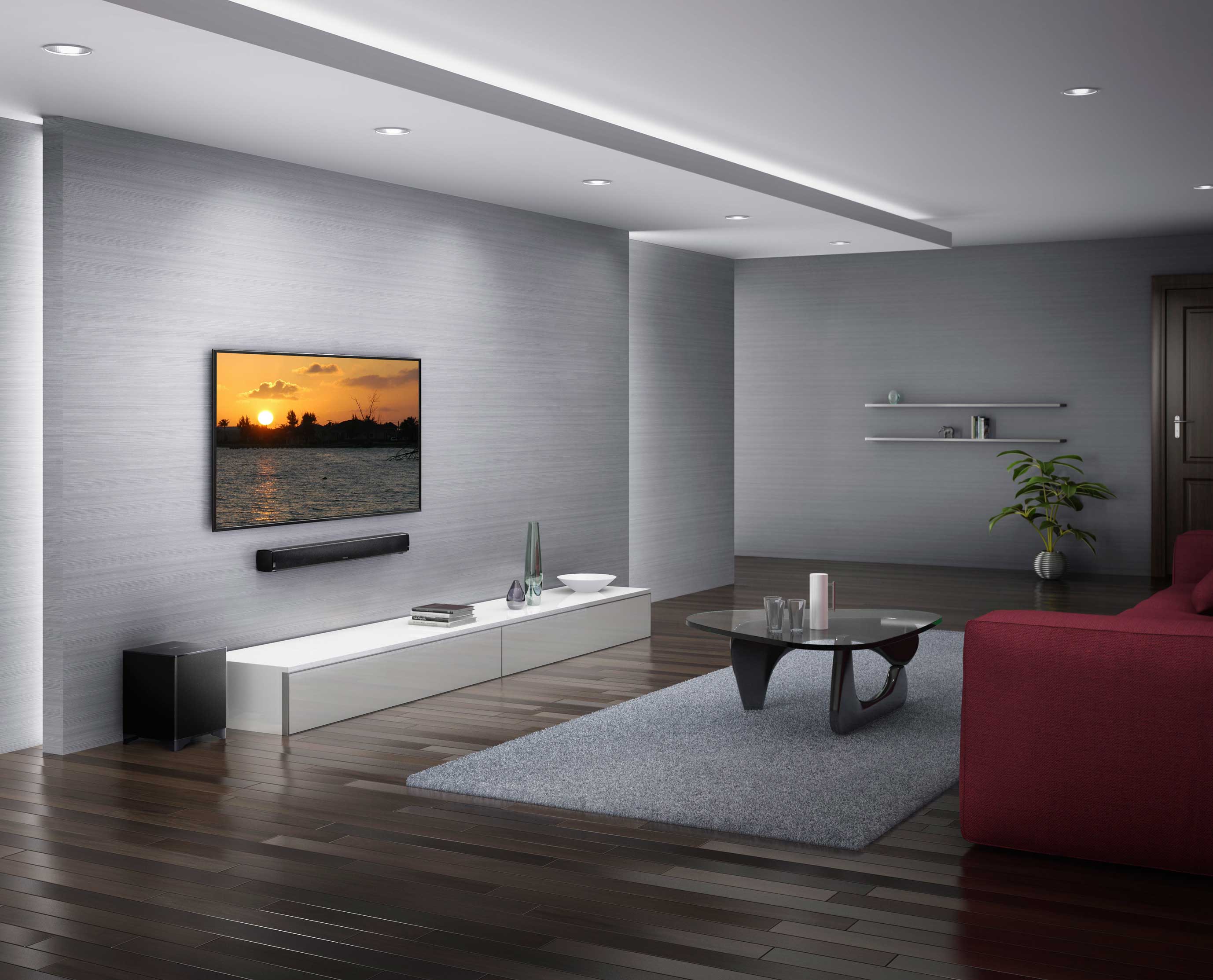 If you have a rubbish sounding TV – and a lot of sets aren’t exactly high fidelity are they? then the easy way of upgrading is to add a soundbar systems. And if you are thinking of buying one then Onkyo has three new models for you to peruse.

It has just introduced a pair of new Envision Cinema soundbar systems and an all-in-one TV-base speaker system. The three models – the £299 LS-B40 three-way Soundbar, the £449 LS-B50 two-way Soundbar with wireless 40w subwoofer, and £349 LS-T10 TV speaker system (which is designed to sit under a TV set) all combine a multi-channel, multi-speaker array with powerful DSP and Onkyo claims fills rooms with panoramic, immersive sound.

As well as their TV upgrade role the trio can moonlight as hi-fi systems as they include Bluetooth technology for wireless audio streaming via smartphones, tablets and PCs. There’s also an onboard USB port for adding an MP3 player.

Needless to say the sound bar can also be connected to games consoles, media players and more which is achieved by hooking a single digital cable.

They all also feature Onkyo’s AuraSphere DSP system that the company claims expands the traditional sweet spot (the area directly in front of the TV where audio sounds best) to create an all-enveloping 3D soundfield that places the listener in the centre of the action, wherever they happen to be in the room.

Also included in the package is a learning remote control which can handle a number of AV devices.

The LS-B50 adds a separate wireless 40w active subwoofer while the LS-B40 incorporates two bass woofers and a subwoofer pre-out.

All three will be available in September/October.