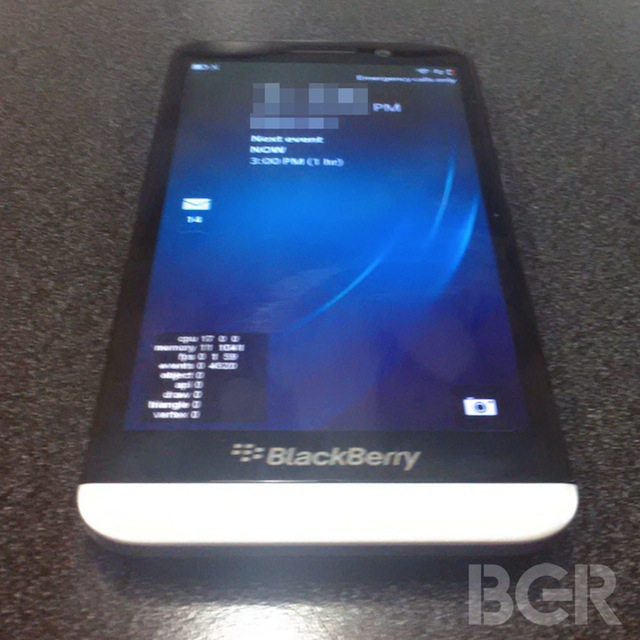 We have written about the A10, BlackBerry’s upcoming big screen phone, a few times before and now it appears we have a picture of it. In typical leak style it is a low res grainy image, but if legit it does give us a few clues as to what we can expect from the upcoming phone.

Design-wise the A10 sports a design less angular than its BlackBerry Z10 predecessor. Its corners are more rounded and the extra white on the casing is unusual for BlackBerry.

The handset also has a five inch display – moving it almost into Phablet territory – though its resolution is rumoured by BGR to be just 1024 x768 which is significantly short of the HD delivered by rival flagship handsets.

BGR also says that the mobile has a dual-core processor, as opposed to the quad and octo-cores found in Samsung’s top-tier Android handsets.

It is still all rumour and hearsay for now. But it seems that the company has got some work to do if it wants its flagship handset (if this is it) to be a huge hit.