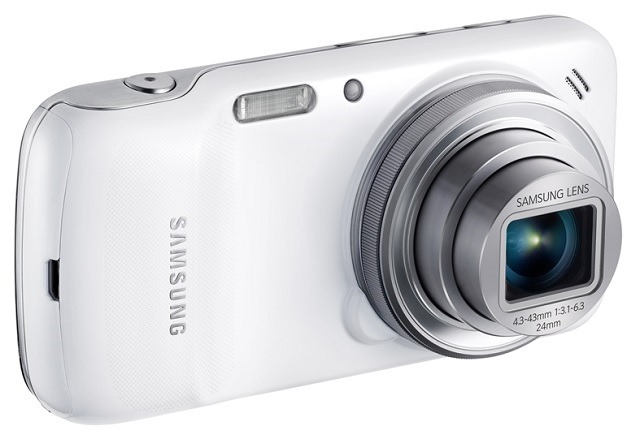 We were talking in the Shiny offices the other day about how mobile manufacturers are differentiating themselves from Apple in a bid to capture the high-end. For some it is about offering significantly larger screens. For others it is about build quality and there are also makers who are taking phones into niche areas like rugged mobiles for outdoor sports.

To be fair Samsung are actually doing all of the above as well as tackling another key areas – serious cameras on a phone.

So no surprise that today it has announced the Samsung Galaxy Zoom, a high-end mobile that it is selling on its camera facilities.

It is clearly no match for this camera phone hybrid, but it does have plenty going for it including a Xenon flash, 10x optical zoom (which certainly protrudes from the back), a 16-megapixel BSI (back-illuminated) CMOS sensor.

Together the system is designed to deliver great images in low lighting – which has traditionally been a real weakness of camera phones.

Other useful camera features include an OIS (Optical Imaging Systems) to reduce blur and easy camera navigation, which offers instant access to multiple camera mode like auto, gallery and smart mode. A “Zoom ring” lets you share snapped photos from a social network, as well as booting straight to the camera from sleep. Sadly there’s no optical zoom hardware control though.

The rest of the specs are less than say the Galaxy S4. So the camera packs a 4.3-inch Super AMOLED 960 x 540 screen, features a dual-core 1.5GHz processor, and boasts 1.5GB of RAM; 8GB of internal storage.

It runs Android 4.2 Jelly Bean and is available in both 4G LTE and 3G versions.
It will go on sale later in the summer.