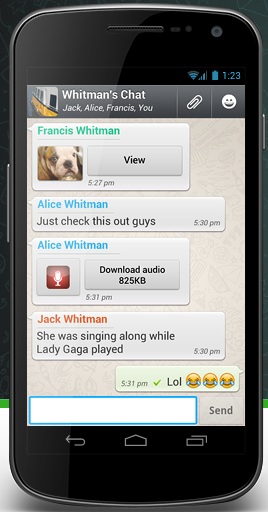 It is one of the hottest things in mobile. Its owners claims that it has more users than Twitter. And it might be about to revolutionise how we use mobile phones. So how come so few people have heard of WhatsApp?

Ok, so you might be a hardcore user, but for many people the announcement of a dedicated WhatsApp button on the new Nokia Asha 210 lead them to ask the question what exactly is WhatsApp?

Put simply it is a free messaging service for mobiles that effectively replaces text messaging. You can use the app to send text messages, along with images and more, and you don’t pay for them as the message is included in your data plan. As the FT puts it WhatsApp “has done to SMS on mobile phones what Skype did to international calling on landlines.

The app, which can be downloaded to the iPhone, Android handsets, BlackBerrys and other mobiles has been hugely successful in the Far East and is doing well in the US too.

Chief executive Jan Joum recently said that the firm has more active users than Twitter which claims more than 200 million people use its service at least once a month.

The BBC reports that according to a study published by tech consultancy Ovum, WhatsApp is the world’s third most popular social messaging service after Facebook Chat and Google Chat.

The tie up with Nokia, and the dedicated button on the Asha 210, makes a lot of sense. Although the device might attract some budget buyers in richer countries it is largely aimed at developing markets where the Finnish brand is establishing itself. In many of those markets WhatsApp is one of a series of apps that replace text messaging.

So have you used it? What do you think?