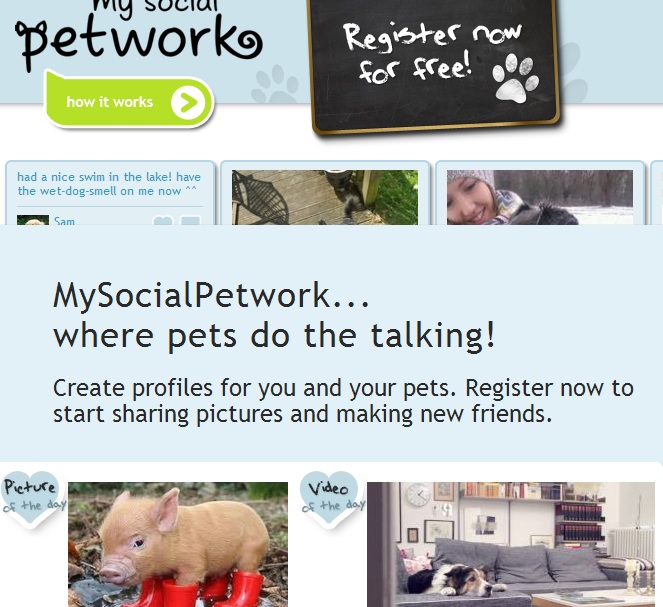 So you have loads of fun on Facebook chatting away to your pals – so why shouldn’t your pooch or kitty keep in touch with their friends in the same way? That’s the theory behind a new UK based site that is set to launch very soon.

My Social Petwork enables you to create a profile for your pet and then pretty much do a load of the stuff you can do on Facebook – but for them. So you can share pictures, add posts, follow new canine chums/feline friends as well as tag images, heart other pets, send private messages and so on.

It isn’t only going to be cats and dogs either. The site’s owners are hoping that people with more exotic pets will use the site as a way of ensuring their Chinchillas and Iguanas don’t get lonely.

It works like Facebook too so you get a homepage that features all the latest news and pics keeping you up to date on who has fleas and who is heading for the doghouse I guess.

Apparently we are doing all this stuff already on Facebook anyhow. The site’s research shows that as many as 20% post pics of our animals on the social networking site.

Anyway the site is taking registrations now and will launch shortly.