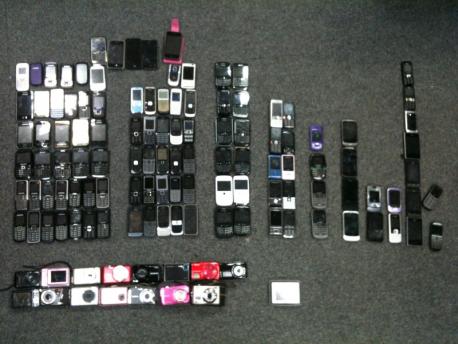 How many people do you think leave their mobile phone behind in clubs in a small-ish city on an average night. 10? 20?

Brighton police have just released the astonishing photo that shows that on just one night it retrieved 109 phones and 15 cameras.

Interesting to note that there don’t appear too many iPhones and high-end Samsung phones there though, but rather a lot of BlackBerrys. And as for those old school Nokias, maybe people were a little bit less careful with them on purpose.

Still 109 phones in one night is a pretty incredible figure. There’s more on the story here.