Almost twenty years ago a battle raged for the hearts and minds of a nation’s youth. One that might have been based around two pop bands, but incorporated elements of class, geography, outlook and more.

When Blur’s record label moved the single release of Country House a week forward to land at exactly the same time as Oasis’ Roll With It, neither band really could have had any inkling of the media storm they would create. Front page news stories, TV specials, clasroom fisticuffs and a whole lot more ensued.

These days we do not seem quite so exercised about music and bands.I maybe speaking a little out of turn but I guess that a Mumford and Sons Vs One Direction battle for top of the single charts would laregely pass by unnoticed.

But there is one battle emerging that has echoes of those barmy days of nearly two decades ago and that is Samsung Vs Apple.

Put simply the parallels between the two are quite spooky. Well they are if you, ahem, roll with it, a little and don’t take it too seriously.

First up though some background. IMO in many ways tech has replaced music as the barometer of a younger person’s tribal instincts. Whereas the 90s and before were about which musical tribe you followed (mods, rockers, grunge fans etc) – and how that impacted on your dress code – these days you can learn a great deal more about a person from the games they play, the social networks they use and, especially, the mobile phone they choose. And this reflects how in the past ten years technology, gadgets and specifically mobile phones have become arguably as important to many under 30s as music was to the generation now in their 30s and 40s.

There were many big bands that came out of Britpop, but with apologies to Suede and Pulp, Blur and Oasis were the two that really mattered. Most sane people had a soft spot for both of them, but back then you had to have a preference and nail your colours to the mast.

And so it is now with Samsung and Apple. The truth is that both makers create superb high-end gadgets and phones, and in some ways there isn’t a huge distance between many of their products, but the key is that anyone under 30 has to have an opinion on them – just like in Brit Pop days of yore, you have to nail your colours to the mast.

So which maker corresponds to which band then?

Well Blur had an art school heritage, were highly conceptual in the music they produced (their three mid 90s albums weren’t far off concept albums), had massive attention to the detail in the tunes they produced, yet somehow managed to capture the zeitgeist just by being so good and so marketable. If they needed to do populist they could turn their hand to it, but you always sensed a tension between their more obvious moves and their arty background.

In many respects while the won the Brit Pop single skirmish, with Country House topping the charts that week, they ultimately lost the war as their rivals Oasis went on to sell more records and become a bigger band. Blur also lead the way in creating all the ingredients of the music that would become known as Brit Pop – Oasis followed after by taking much if what Blur had created and making it even more accessible and popular.

So there’s a clear parallel between Apple and Blur. They were there first in re-inventing the smartphone, as Blur had revitalised British music with Brit Pop. They too have an arty heritage of being used by creative types and arguably come from an more edgy, more cool background than rival brands.

Apple are also highly conceptual in everything they do – they don’t just trot out smartphones like their rivals do they? They are much more considered than than. And the attention to detail that goes into creating their products is arguably the brand’s strongest point.

And just like Blur they might be perceived as lacking a little in warmth. Blur faced a huge backlash after the release of their (actually very fantastic IMO) Great Escape album because it was perceived as being a little too conceptual and little too knowing and not as great a leap on from Park Life as it could have been. You could say a lot of those things about Apple’s current position with the iPhone 5. Cool, clever, brilliant constructed but maybe lacking a bit in soul and not a large enough leap on from its predecessors.

Which then makes Samsung the Oasis of our story (and to be honest much more difficult in drawing paralells). Taking the ground work that Apple have done in phones and tablets Samsung have made the devices even more popular and connectied with many people that Apple have passed by. Oasis were also a lot less precise than Blur and maybe had lower levels of quality control too. So Samsung are happy experimenting in public and not worrying too much so about how they are perceived, or if one of their many many phones doesn’t work in the same way that their brand would hope for. 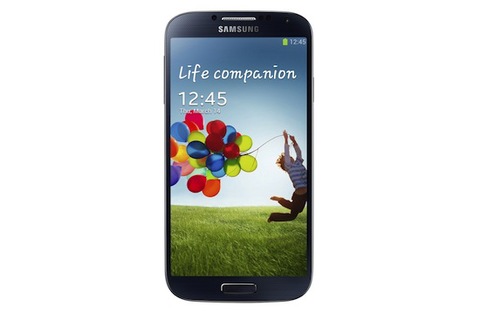 Ultimately just as Oasis ended up the bigger band so Samsung will beat Apple in the long run. They won’t be a cooler brand than Apple, but they will become more ubiquitous.

If we really stretch the parallels there is even an interesting coda to the story that might concern both companies next big move – smart watches.

In 1997 Blur returned with their self-titled album. A messy, experimental bit of music that ironically appealed much more to their hard core fans than their populist efforts had done, but a record that gained them new respect.

A few months after Oasis released Be Here Now, a massively overblown album that was a huge success but didn’t quite match the hype that was building about the band. It was downhill from then.

So just maybe, the Apple iWatch will be quirky and experimental and have less general appeal but will be seen by Apple fans as a massive restatement of the core values (attention to detail, innovation, etc) that made them fall in love with Apple in the first place.