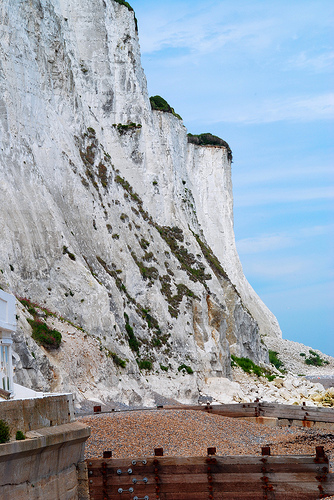 For a century or two the British owned the French port of Calais, which is a short hop across the channel. Well now it seems that there is a bit of the English coast, which is just 20 miles from Calais, that is being claimed by the French – well their telecoms networks at least.

For the Daily Mail has a story today about a Kent village St Margaret’s at Cliffe where the locals find themselves being charged French roaming rates by mobile networks.

Basically if you use the beach at St Margaret’s Bay near the village of St Margaret’s-at-Cliffe, then you will be charged for calls, texts and data as if you were in France, So if you area making a call to another number in the UK expect to pay international roaming charges.

The Mail reports on some great stories it says

Some say they now keep their phones off at all times to avoid huge fees while shop owners are blaming the problem for keeping trade away.

In one case, a villager was accused of having a French mistress by his wife after she noticed the foreign charges on his phone bill.

The area apparently is reached by stronger French transmitters because UK signals are blocked out by the cliffs. It is a problem with all networks too.

A spokesman for EE, which owns T-Mobile and Orange, told the Mail.

‘We advise our customers to switch off roaming while they are in this little pocket of an area to ensure that they are connecting to the correct network.’