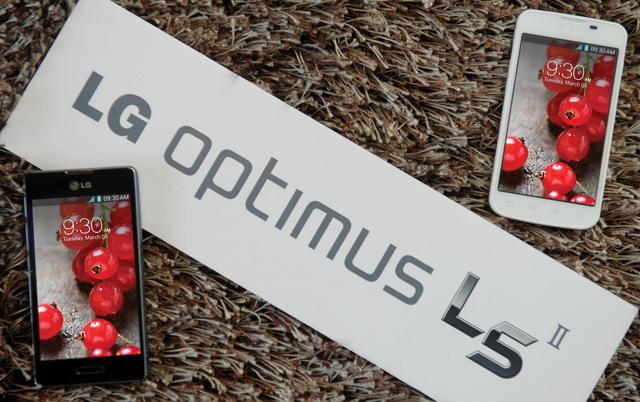 LG took the wraps off its LG’s Optimus L5II and L3II smartphones just before the MWC in Barcelona In February.

Since then we have been waiting for a UK network to confirm whether they are taking the phones, and now it seem that O2 has got there first.

It will offer the Optimus L5II and L3II smartphones later this month. There’s no word yet on pricing.

Kudos to The Inquirer for spotting the arrival of the smartphones on O2’s Coming Soon webpage today.

In case you missed the launch the handsets are mid range smartphones with the L5II packing a 4inch WVGA touchscreen, a 1GHz processor, Google’s Android 4.1 Jelly Bean OS, 4GB of internal storage and a five mega pixel camera,

The cheaper LG Optimus L3II has a smaller screen that its sibling at 3.2in 240×320 and a three mega pixel camera, but the rest of the specs are fairly similar.