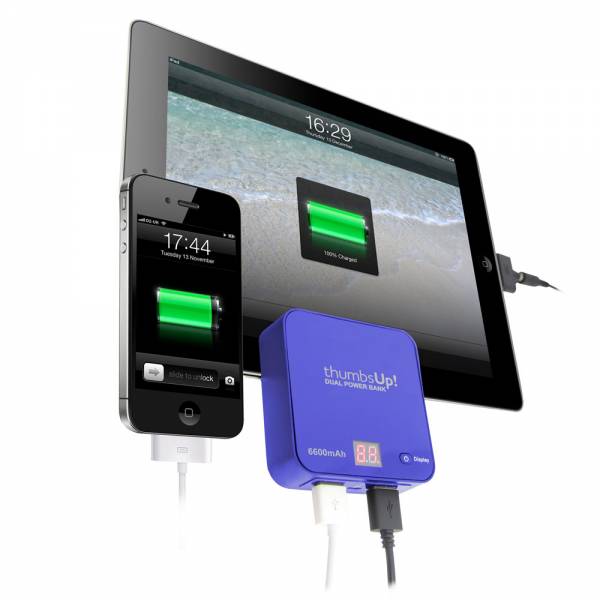 Now this has useful written all over it. On one level the Dual Power Bank is a basic, but portable power supply for you to use should your run out of juice on your phone or tablet. But according to the maker Thumbs Up it can fully charge a smartphone three times over or even charge your iPad while you’re out and about.

And its party piece is that it can charge more than one device at a time.

The key is its massive power capacity of 6600mAh which is way more than I have seen on any rival portable power charger.

You initially power it up via USB and then connect your devices – it will work with tablets, smart phones, mp3 players and eBook readers and it comes with an adapter for Apple products. It also has an LCD screen which displays the percentage of power remaining in the unit.