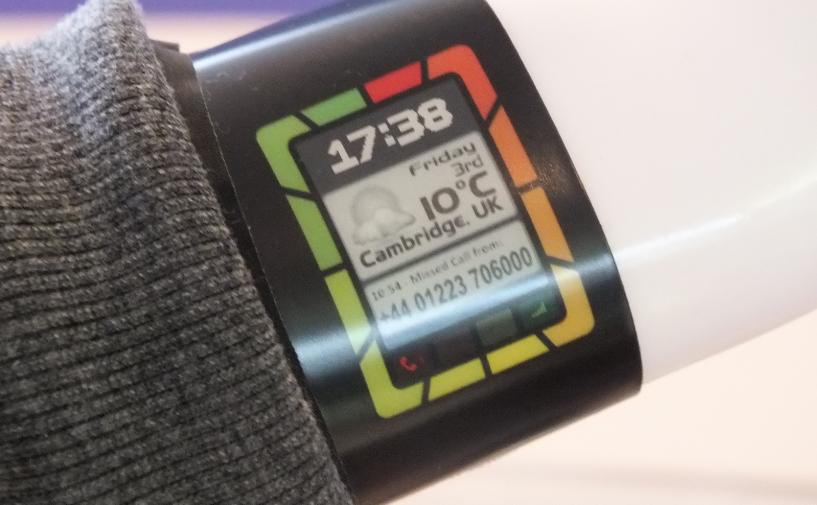 Here’s an interesting prototype from British maker Plastic Logic. The company, which these days specialises in high quality flexible plastic displays, have been parading a prototype of a watch that may give us a few clues as to what might be Apple’s sleeve with its iWatch.

As you can see from the picture the flexible display means that the watch can curve around the owner’s wrist – something that Apple is rumoured to also be working on. The maker also claims that the plastic which houses the screen is virtually indestructibile.

The prototype uses an E-Ink screen (like some of the Kindle range) which means that it can show any data that is fed to it, yet at the same time is low power, saving on battery life. In theory the maker claims that you could integrate Bluetooth into the device and then pair it up with a mobile phone and the watch could run for at least a week before it needed recharging.

Plastic Logic envisages that people could use the watch to make and receive calls, check info like the weather etc and offer other standard smart watch features,

So would you fancy one of these it it teamed up with your iPhone? 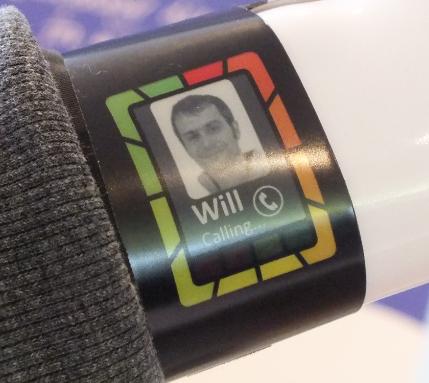