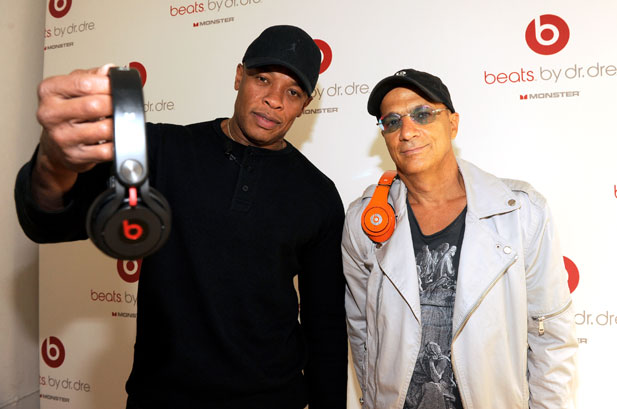 This story has been bubbling under for ages but now it appears it might just be about to happen. According to Reuters today Apple is in talks with Beats about the possibility of launching a streamed music service that would be available across all Apple devices – that ranks as a rival to Spotify.

Apparently Apple CEO Tim Cook and Beats CEO Jimmy Lovine have been chatting about Project Daisy which is the codename for Beats’ music streaming service which was announced in January.

The movement to a streaming music service on Apple devices seems like an obvious one. By not offering a rival Apple has enabled Spotify to create a popular and competitive music service in Europe and the US.

The reason the company may have for moving slowly is that it has to weigh up how much impact the service would have on its iTunes downloads. Would the revenue from subscription services (assuming that you would pay £5-10 a month to access the service on your iDevice offline) compensate for the cash lots as people stream music rather than download it?

Reuters is coy about the leak saying that it came three people ‘familiar with the situation.’

So would the streaming service be successful?

Unless it had something significant to differentiate it from Spotify I think it unlikely that anyone apart from hardcore Apple devotees would defect from the existing service to the new one.

Spotify though at the moment has over five million subscribers – which is a very small percentage of people who listen to digital music. Apple could massively expand the reach of streamed music services.

It also needs some high profile stories to accompany the launch of the Apple iPhone 5S which will probably be in the summer. If the new phone doesn’t come with significant software upgrades then it might start to looks like a poorer relation to handsets like the Samsung Galaxy S IV and the Sony Xperia Z.