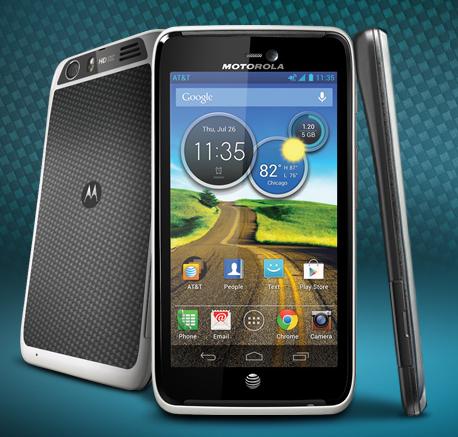 This one had me looking at the date to confirm that it is Valentine’s Day and not April Fool’s Day, but a survey of 320,000 mobile and tablet users in six countries, including the US, UK, France, Germany, Japan, and Indonesia conducted by OnDevice Research has concluded that the device that has the highest level of satisfaction is… the Motorola Atrix HD.

Nope, I am not too familiar with it either as the device isn’t widely available in the UK. But this low-end cheapo 4G handset has beaten all comers including Apple’s traditionally high scoring on user satisfaction iPhone.

In fact in the report that was picked up today by The Next Web, four android devices finished higher than the iPhone in the US including the Motorola Droid Razr M, HTC Rezound 4G, and the Samsung’s mammoth Galaxy Note 2.

I think there might be two reasons for this. Firstly the Motorola phones are cheap/free in the US and I guess if you have something for free and it works well you have a higher level of satisfaction with it than if you had paid for it, where you might tend to be more critical.

It could also be that the Apple iPhone 5 wasn’t quite the leap forward that many consumers expected from the company.

Ironically the one device that has massively moved the ballpark with its very large screen – the Samsung Galaxy Note 2 – scores higher than the iPhone.

Interestingly though Apple scooped first place in the US on an aggregate level, followed closely by Google with its Nexus devices. Motorola was third and Samsung, astonishingly, was down in 13th. 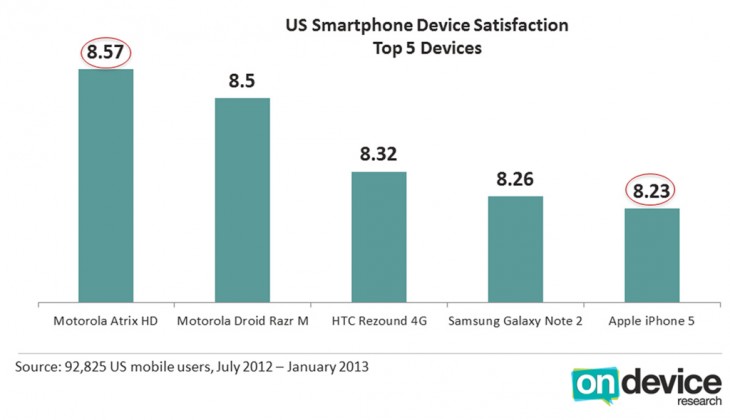