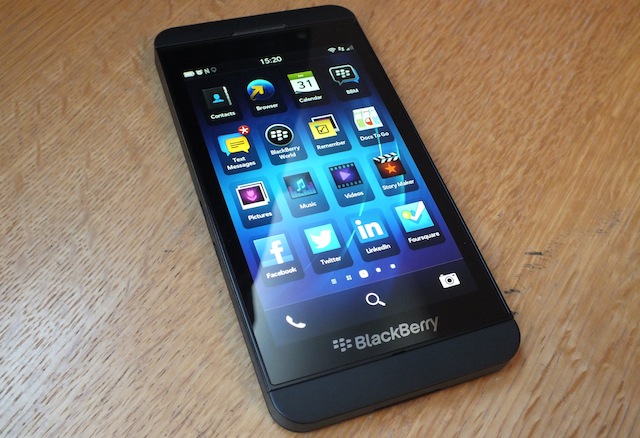 The jury is split on the BlackBerry Z10. People who have had BlackBerrys before seem very keen on it while those who never liked them much are as sniffy as ever.

Personally I think the Z10 looks like a big step forward and it has once again created a bit of a buzz around the brand.

Today’s big news is that the Z10 is now to be available on the Three network, which have traditionally done great business selling BlackBerrys to consumers,

In case you missed the launch the other week the Z10 with its 4.2 inch screen has several quite cool features.

Firstly, thanks to a deal with Swiftkey it has arguably the quickest and most intelligent virtual keyboard on a touch screen device.

There’s also a clever Time Shift camera mode which captures a sequence of shots with just one click.

The headline facility though is the option of begin able to look at your messages without leaving an app just by swiping the device.

Sylvia Chind, Head of Devices at Three said, “The BlackBerry Z10 is ideal for those looking for a smartphone that combines the best aspects of a traditional BlackBerry device with modern and innovative features. Along with our great range tariffs offering All You Can Eat data without the worry of incurring extra data charges, users on Three will benefit from the ultimate internet experience”.

Tech Digest has a comprehensive review of the phone here.