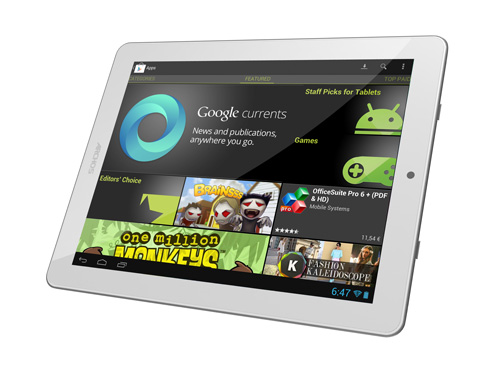 The company says that the tablet will come in three sizes: 8-inch, 9.7-inch and 11.6-inch and will be available in February and April (for the 11.6inch tablet). The 11.6inch breaks new ground in that it is significantly bigger than standard tablets and could well herald a growth surge in high-end larger screen devices.

All three are decently specified and competitively priced, especially the large screen version.

Here’s the release from the maker.

The entire Platinum range will all share the following features:

The ARCHOS 80 Platinum, an 8″ tablet, features a 1024×768 resolution IPS screen and when compared to the Kindle Fire HD 8.9 it is almost twice as fast, has double the RAM and has a back camera for a fraction of the cost. The 80 Platinum will be available in February for £179

The ARCHOS 97 Platinum HD, a 9.7″ tablet, features a stunning 2048×1536 resolution IPS screen, which is comparable to the Retina display found in the iPad, but is 40% less expensive. The 97 Platinum HD will be available in February for £249