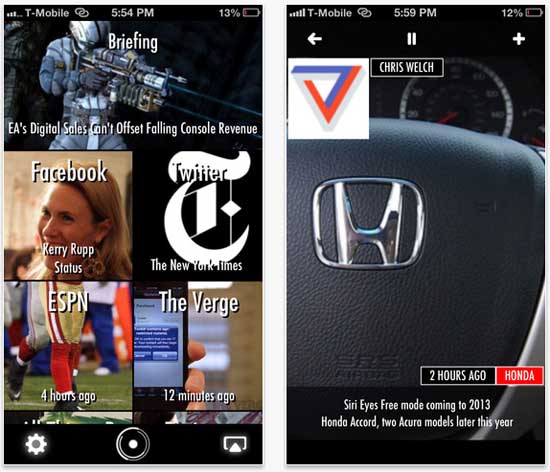 There are plenty of apps out there that collect the best of the web and the best of your social networks into one handy place, like Flipboard and Summly. However, new contender Winston is a little bit different, because not only does it gather together cool chunks of news so you don’t have to bother, but it also crams it all together into what the developers call a “narrated, audiovisual newscast”, so you don’t even have to read the words yourself either. Because that’d be far too much effort, obviously.

Like most social news apps, you begin using Winston by selecting a number of different categories that you find the most interesting and then it’ll do its magic and once you tap on the ‘briefing’ tab it’ll begin reading out the customised newscast to you, complete with photos on the screen too.

The voice is a bit robotic and its collecting together the same news snippets you’d find from other apps, but if you prefer to consume your information via audio because it’s easier during your commute or keeps your hands free, then Winston could be your news BFF.

From iTunes for free.