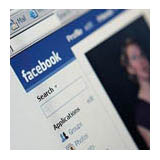 We all know Facebook’s the best place to boast about what you’re eating, doing and seeing, but most of us also know that boasting about your criminal activity and drunken antics is never a good idea, even if you think it’s only your nearest and dearest that you’re sharing them with.

Well a teen over in the US has learnt that lesson the hard way after his status update about drink driving on the social network led to him getting arrested.

“Drivin drunk… classsic ;) but to whoever’s vehicle i hit i am sorry. :P.”

We love the use of emoticons Jacob, bravo.

Shortly after, not one but two of Cox-Brown’s friends contacted the police, who just so happened to be investigating a case of dangerous driving that led to two damaged vehicles. He’s since been charged with two counts of failing to perform the duties of a driver. We guess those duties include not getting blind drunk and not playing dodgems with other people’s cars.

The local Astoria police issued a press release about the incident:

“Astoria Police have an active social media presence. It was a private Facebook message to one of our officers that got this case moving, though. When you post…on Facebook, you have to figure that it is not going to stay private long.”

Although we don’t imagine most of us take part in illegal activity, boast about it online or have lots of friends that would tell the police about it all, it’s still interesting to see that the authorities are now actively following up cases that involve social media more than ever.