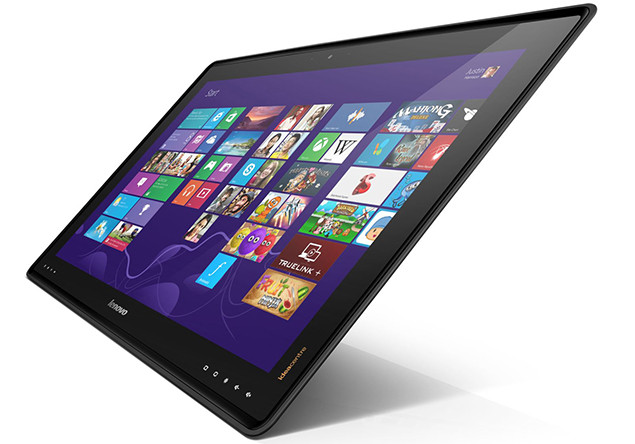 Tech giant Lenovo has made its first big announcement at CES 2013 by revealing the Horizon, a 27-inch touchscreen PC/tablet hybrid that’s as much a coffee table surface as it is a computer.

The huge Windows 8 slate has a built-in stand, which you can fold away to lay the device flat, acting like a giant tabletop tablet. This also allows the Horizon to be a bit more portable, though at 7.7kg in weight we don’t recommend throwing it in your handbag – not that you could squeeze it in.

Inside the Horizon you’ll find an Intel Core i7 processor, a dedicated Nvidia graphics chip in the shape of a 620M and 1TB of storage.

As well as the now-standard Windows touch tile interface, Lenovo has also popped its own Aura Dual Moon UI onto the Horizon. It’ll be a hub for media and games, with EA’s desktop boardgame titles, like Monopoly pre-installed, as well as shipping with joysticks and “e-dice”.

According to reports today it’ll be launching in early summer and cost $1,699.