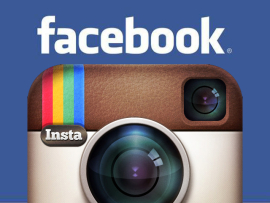 So according to some old Mayan stone the world’s ending this week, on Friday to be exact and in the Shiny Shiny offices we’ve been discussing exactly how that’s going to happen. We’ve pretty much narrowed it down to… A sudden flash of light then NOTHING, a zombie infection or a huge natural disaster that sees us all being whipped into hurricanes or swallowed up by lava. However, it seems that something else will actually cause the world to implode a little earlier and it’s the fact Instagram has made some changes to its policy.

Yeah it sounds ridiculous, but our Twitter feeds have been whipped up into a frenzy this morning by the fact our Instagram photos may or may not be taken by Facebook, may or may not be sold to some big bad corporation for advertising purposes and may or may not appear on some billboard in an exotic country.

“Instagram does NOT claim ANY ownership rights in the text, files, images, photos, video, sounds, musical works, works of authorship, applications, or any other materials (collectively, “Content”) that you post on or through the Instagram Services. By displaying or publishing (“posting”) any Content on or through the Instagram Services, you hereby grant to Instagram a non-exclusive, fully paid and royalty-free, worldwide, limited license to use, modify, delete from, add to, publicly perform, publicly display, reproduce and translate such Content, including without limitation distributing part or all of the Site in any media formats through any media channels, except Content not shared publicly (“private”) will not be distributed outside the Instagram Services.”

Obviously Instagram wants to make a huge deal about the fact it DOES NOT CLAIM OWNERSHIP OF YOUR CONTENT (so much so that it keeps shouting at us), but then goes on to say that despite not owning your photos, it can pretty much go ahead and do whatever the hell it likes with them if your account is public.

There’s even more dodgy terminology throughout the whole policy (Cnet has gone into much more depth with its analysis), but overall we can agree that this is pretty rubbish, especially if you’re a dedicated user and don’t really want Instagram to sell your content onto some random company for god knows what.

However, it’s hardly surprising a free service that’s recently been gobbled up by Facebook now wants to stake a claim on your content and start making more money. We guess amidst the dreamy vintage filters and little “like” hearts we just didn’t see Instagram becoming a big baddy.

The main thing to remember here is that Instagram isn’t the fluffy care bear company we all stupidly thought it was, but at the same time many of the things we’re all freaking out about today may never happen. These new policies may have been broadly drafted by a legal team to cover their backs in the future and those whining about Facebook making money from our cat and pouty face photos could just be jumping to all kinds of silly conclusions.

If you’re still not happy then it’s hardly rocket science. If Instagram updating its policy is going to make you freak out and worry for days that those rubbish photos of macarons might end up on an ad somewhere, then stop using the app. We know, we know, it might feel like you’re chopping off a limb, but we doubt your Twitter rants are really going to change the decision of a business owned by Facebook so let’s all calm down and drink some mulled wine, shall we?