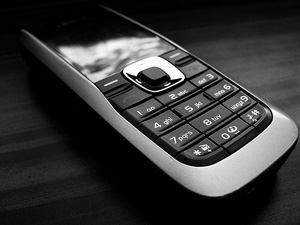 A small village council in eastern India has decided to ban local women from using mobile phones, because they “pollute the social atmosphere” by encouraging them to have too much sex and destroying their marriages.

The village council in Suderbari decided that if you use a mobile phone and have a vagina then it automatically turns you into some crazy slut zombie who’ll ditch her husband and bed all other males in the vicinity instead.

Manuwar Alam, the president of the social advisory committee, said:

“Unrestricted use of mobile phones is promoting premarital and extramarital affairs and destroying the great institution of marriage. We are extremely worried.

“We decided to do something that could firmly curb such cases, which were earning a very bad name for all of us.”

Just in case you were wondering, being born with a penis means you’re not susceptible to cheating and sleeping around if you use a phone, a claim that is supported by no actual evidence. Ever.