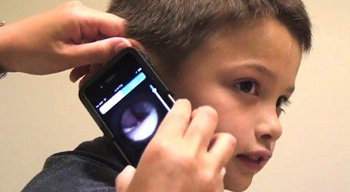 Facebook isn’t just a place to share drunken photos and pointless updates, doctors are analysing past photos in order to diagnose patients and pinpoint when problems began.

HealthTap is a new web application, which provides users with a database of over 15,000 doctors in 115 specialities who can provide them with answers to specific health questions.

Calm.com: Take 2 minutes to calm down, breathe and meditate

It may seem a little cheesy at first, but calm.com serves up calming videos, sounds and guided meditation to help you chill out throughout the day.

The MyFitnessPal health and fitness tracking service is going from strength to strength at the moment, with a whopping 30 million users. However, it’s set to become even more popular now that it’s integrated with other apps and gadgets, so you can seamlessly send data.

Striiv launches a fitness tracking app, but do we really need another one?

The team behind the Striiv pedometer have created a new application, which brings gaming and fun to what is essentially just another activity tracking device.