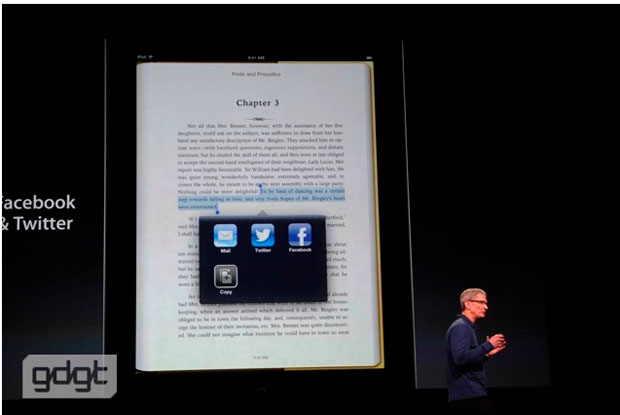 Apple’s highly anticipated event at the California Theater in San Jose is set to unveil a new iPad and a new line of Macs, but first the team shared details of iBooks 3.0.

According to Tim Cook, there are more than 1.5 million books in the iBooks store and there have been 400 million downloaded to date. So that’s a lot then…

iBooks 3.0 includes a range of new features that are set to give Amazon and its Kindle eReaders a run for their money, including iCloud support, sharing specific quotes with a tap and continuous scrolling. It was also revealed that it’ll be available in over 40 languages, including Korean, Chinese and Japanese.