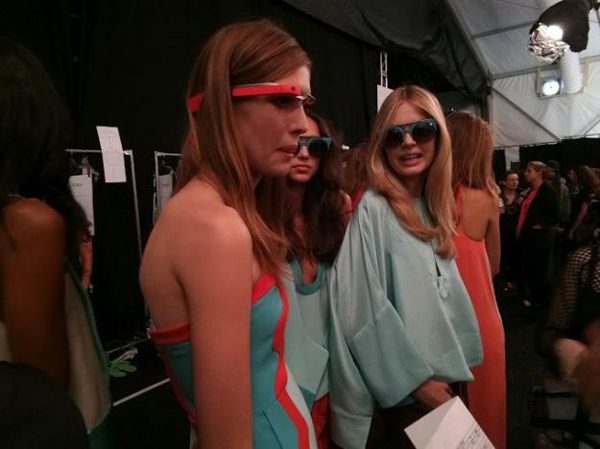 Back in April Google revealed limited details about Project Glass, which is essentially a code word for a pair of super sci-fi goggles complete with built-in Augmented Reality tech, the ability to capture photos and video, a 3G connected display, voice commands and a whole load of other awesome features.

Although the glasses aren’t available quite yet (rumours suggest there’ll be a launch in early 2013), it seems Google wants the world to think of them less as a nerdy gadget and more of an aspirational fashion accessory, as they’ve made a rather unexpected appearance at New York Fashion Week.

According to Digital Trends, Google teamed up with fashion designer Diane Von Furstenberg to kit out models in the geeky goggles and then transmit the footage from the runway directly to the web.

All of the content from the show will then be made into a short film called “DVF Through Glass” (oh how pretentious and oh so fashion), which will be released this Thursday on the DVF Google+ page and Google’s YouTube channel too.

Although it may seem like an unlikely pairing it makes sense that Google is keen to show the world the goggles aren’t just for Star Trek fans and uber geeks, but can be used by run-of-the-mill, beautiful supermodels and those with serious dollar to spend on Diane Von Furstenberg clothes too.