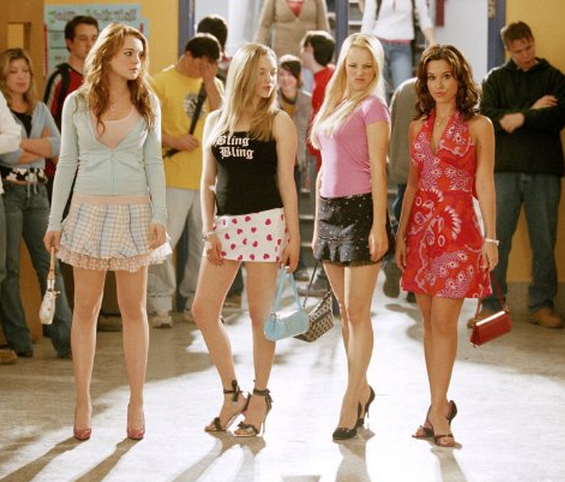 Yesterday the whole of the world imploded when Metro France reported that old private messages are now appearing on user’s timelines for all of their friends to see. OH DEAR LORD.

Although the rumours began over in France it wasn’t long before people from all over the globe were scrolling back through their timelines (most of the problems seemed to occur in 2007, 2008 and 2009) and finding that some of their once private messages had been made visible.

Since everything started kicking off yesterday evening A LOT has happened, the story was picked up by every major news outlet, people started freaking out about what they’d said, others were frantically going through their Facebook accounts and making everything private and some users even went to extreme measures and deleted their profiles. FOREVER.

This morning, after an official statement from Facebook in TechCrunch, it seems that most agree there wasn’t a private message security breach after all, but the messages we’re seeing on our profiles are just old wall posts that were written back when we were all excitedly using Facebook, back when timelines didn’t allow us to dig up the past, back when comments and likes didn’t exist and back when we didn’t have as much self restraint about what we said for all to see.

Here’s a snippet of the statement:

“Every report we’ve seen, we’ve gone back and checked. We haven’t seen one report that’s been confirmed [of a private message being exposed]. A lot of the confusion is because before 2009 there were no likes and no comments on wall posts. People went back and forth with wall posts instead of having a conversation [in the comments of single wall post.]”

“A small number of users raised concerns after what they mistakenly believed to be private messages appeared on their Timeline. Our engineers investigated these reports and found that the messages were older wall posts that had always been visible on the users’ profile pages. Facebook is satisfied that there has been no breach of user privacy.”

Although all of that certainly seems plausible (and makes perfect sense in retrospect), there are still many users who are still adamant the messages they saw were private and claim that Facebook is just trying to cover up its mistake by calling them all crazed liars.

Obviously it’ll be fascinating to see how this all pans out, whether there has in fact been a leak among some users or whether it’s all just us working ourselves into a frenzy. However in the cold light of day we don’t think it matters too much whether it’s true or not, because it’s taught us some very, very interesting things about how we behave, our attitude to Facebook and all of the bitchy things we’ve been saying.

We’re all saying too many bitchy things online

I was with a few different people when I heard about the “Facebook message leak apocalypse” and followed the story really closely online. The main thing that became apparent from everyone’s crazed tweets was just how many people were worried that the scandalous/dirty/cheating messages or those bitchy things that were said by X about Y could be exposed (myself totally included).

Poppy Dinsey (@poppyd) the founder of WIWT.com summed it up brilliantly in a tweet last night:

“You know the scene in Mean Girls where photocopied pages from the burn book go all around the school? That’s Facebook’s privacy leak.”

We don’t think a (maybe fake) Facebook security breach will change humanity and stop us all being such dirty little gossipers, but maybe we should all take a long, hard look at ourselves and the things we’ve been saying and just be a little, well, nicer because there’s always a chance someone else (i.e. Mark Zuckerberg) could get their hands on your burn book at anytime they please.

We now use the social network in very different ways

Even if some of those old posts were private messages and others were wall posts, it’s clear that we did use Facebook in a totally different way a few years ago.

Now users generally write on timelines when they want to ask a quick question, share a link or post a photo, but back in 2007 posts that we know were on our profiles are much longer, rambling and full of things we wouldn’t want others to be reading nowadays. We imagine a whole research paper could be written on this very subject, but it’s partially to do with the design of the social network changing dramatically over the years and partially to do with us getting more savvy (or secretive and bitchy) when it comes to what we say and share online.

We probably need to spend less time on Facebook

When you found out about the security breach what were you most worried about? Bitchy things? Personal information? Those drunken messages you sent to your crush? (NOT GUILTY) Whatever it was it’s scary to think many of us use the social network so much to write about super personal things and even if there wasn’t a breach, just imagine if there was one an even more epic scale in the future? Scary, huh? Maybe we should take things into the realms of emails, call people or oh god talk about our feelings face to face? Scrap that, we’ll stick with emails.

It’s no surprise that last night some users were getting really upset about having their private messages exposed and others thought they were all just being hysterical.

Twitter arguments are always fascinating, but last night it was even more interesting to see how defensive others got, so as well as being less bitchy, let’s all be a little less agressive too, OK?