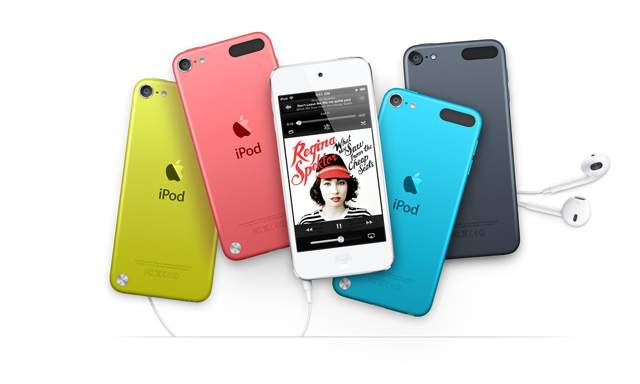 This morning we conducted a survey the only way we know how, by reaching out to our Twitter followers (big THANK YOU guys). We asked whether anyone really has an iPod touch other than teens who aren’t allowed (or don’t have the cash) to get themselves a smartphone.

And you know what? It turns out a lot of people REALLY love them and they’re not the rubbish, poor relation to the iPhone many seem to think. We heard from pre-teens who want to play around with apps, teens who use them for music, fitness fans who prefer taking them to the gym over a phone, teachers who want to play tunes and use apps in the classroom, Android users who want a bit of Apple in their lives, older people who use one to control their home cinema system, we could really go on and on and on with this…

So it seems the iPod touch is a firm favourite among little ones (as we all expected), but it takes on a range of different roles regardless of how old you are too. We’re so sorry iPod touch, we had you all wrong.

Apple’s string of announcements last night saw a number of updates to the iPod touch and if it’s fairly popular already we can only imagine that the new changes will make it even more of a hit in the future.

So here are our ten reasons why the iPod touch might be cool again and not just among 13 year old chavs who use them to play N-Dubz at the back of the bus.

It seems everything Apple-related has a retina display now and the iPod touch is no exception, the screen has stretched out to 4 inches and everything looks more “sharp, vivid and life-like” than ever before, making it ideal for gaming, watching video content or taking photos.

They sound like some relation to the xenomorphs from Alien, but they’re not (honest). They’re Apple’s new earbuds and they’ve been re-designed “based on the geometry of your ear”, which is marketing speak for “they feel nice and make sounds better”.

3. It’s just got lighter and thinner

The next generation iPod touch is just 6.1mm thick, and weighs in at 88 grams, so don’t worry about the fact the screen is a little bigger, the slim and lightweight design still means it’s pocket-friendly.

4. The “loop” for clumsy hands

We’re not entirely convinced that this new little wrist strap attached to the back of the iPod Touch will be useful or stay intact after you’ve thrown it around a bit, but it’s a good addition for those who want to make the most of the device’s new camera.

It’s not just the iPhone 5 that comes with Apple’s new panorama feature, but the iPod touch allows you to take sweeping 360° shots too by just tapping a button and moving your camera around a scene.

The iPhone 4S’s A5 processor is now inside the iPod Touch, offering dual-core gaming capabilities, making it 7x faster than the previous generation iPod Touch.

8. Improved battery life means you can run/listen/jump/dance for longer

Whatever you happen to use your iPod touch for, you can now do it for longer, as Apple claims the new device has 40 hours of music playback and 8 hours of video, which is a small improvement over previous models.

The newest version of the iPod Touch comes in a range of different colours, including black, silver, red, green and blue and according to Apple it’s been bonded directly to the body of the device, not just painted on, making it super vibrant. The question is, which one will you choose?

10. Airplay allows you to stream content to other devices

Apple’s Airplay feature means that you can stream content to other devices or mirror what’s on your iPod touch to everyone in the room wirelessly.

Despite the whole raft of changes to the iPod touch we know it still might not be everyone’s cup of tea, especially if you’ve already got an iPhone or plan on upgrading to the 5.

However, its improved, bigger screen, awesome camera and faster processor means it’s well and truly stepped out of the iPhone’s shadow and can become a handy and awesome gadget in its own right and not just synonymous with chavvy tweens.

You can pre-order the new iPod touch from the Apple website on the 14th September and prices start at £249.