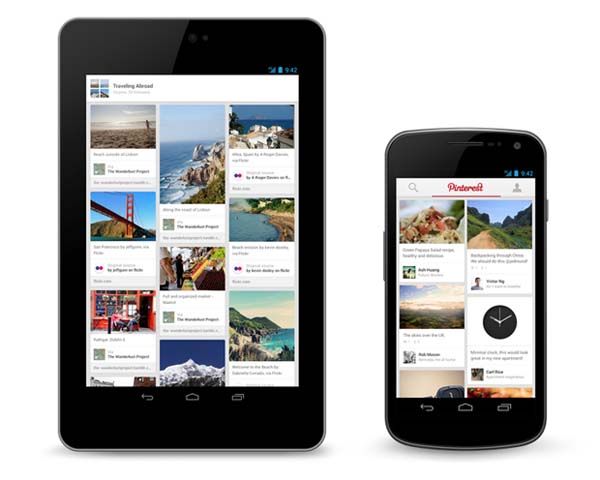 Today social bookmarking site Pinterest has announced that you can now download its app for iPad and Android devices too, so you no longer need an iPhone to happily pin away your days.

The Android version has been in the pipeline for some time now and promises to work just as well on mobile phones as it does on tablets running Google’s OS.

The iPad version works in the same way as the iPhone one does, we’re just surprised it’s taken so long to get to our fancy, swiping tablets because there’s really no better way to browse through great looking photos than on an iPad.

If you’re an iPhone user you’ve probably already got the Pinterest app, but you will notice a number of updates today so you don’t feel too left out, including faster image loading time and a new two column layout.

The Pinterest app for the iPhone and iPad is available from iTunes for free and you can download the Android version from Google Play for free too.