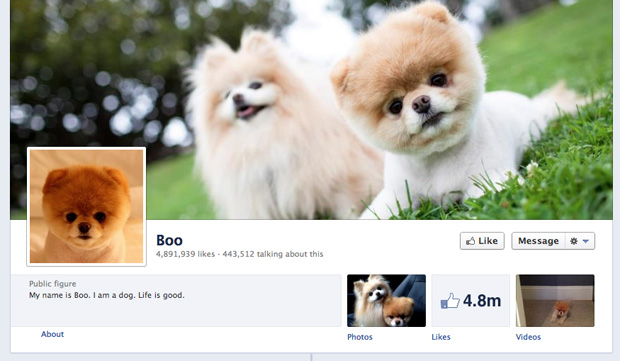 We all know that there are lots of Facebook accounts out there that friends have accidentally duplicated, created for their cats or have just set up to sign into sites without their real name. Well now it looks like Facebook is set to crack down on these fakes, dupes and… um… pets and start getting rid of them.

On Wednesday the Facebook team admitted that more than 8.7% of the accounts on the social network fall into the fake/dupe/pet/ridiculous category, which works out at a huge 83 million. Wow, we don’t envy the people tasked with working out what’s fake and what’s real.

“On Facebook we have a really large commitment in general to finding and disabling false accounts.

“Our entire platform is based on people using their real identities.”

To make the whole process easier Facebook has identified three different categories for the 83 million accounts that need to be sifted through, there’s duplicate, misclassified and “undesirable”.

As you’d expect duplicate accounts are those set up by people who want to run around the internet signing up to things but don’t want their real name attached to it, those that have accidentally created two accounts or those who have made accounts on behalf of other people. There are 45 million duplicate accounts knocking around and we think parents-to-be are the most guilty here as little Stu or Sarah shouldn’t have their own account until they’re 13. Tut tut.

Misclassified accounts are those that should really be pages, like accounts for pets or groups or companies. Presumably the owners of these accounts now just need to be nudged into changing them to pages, but that’s much easier said than done, especially when 22 million fall into these category and many will probably have been abandoned a long time ago.

The finally category, the undesirables, allegedly make up 1.5% of all active accounts and include profiles that the social network feels really shouldn’t be there, like spammers.

According to CNN Facebook completely removes any accounts it deems falls into any one of the three above categories, but it does keep the information on its databases. Some of the users that originally created these erroneous profiles are then restricted from creating another account, so we’d suggest you have a look through your old ones to see if you need to do any deleting or tidying up.

Oh and just in case you were wondering, Boo is completely safe as he has his own page, we just wanted to illustrate that there are A LOT of pets on Facebook.