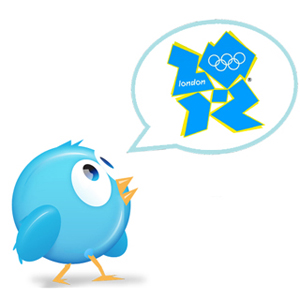 Even though most people loved the London 2012 Olympic opening ceremony on Friday, a number of whiny Twitter users have already begun complaining about the BBC’s coverage of events. However, it seems that recent broadcasting problems could well be because people have been tweeting a little bit too much. Yes, really.

If you were watching the televised road race coverage on Saturday you may have experienced the effects of excessive tweeting first hand. Time and distance data, vital for TV audiences trying to make sense of the long-distance event, were not being transmitted as expected as local networks and GPS satellite data streams were overloaded.

“Of course, if you want to send something we are not going to say ‘Don’t, you can’t do it’, and we would certainly never prevent people.

“It’s just – if it’s not an urgent, urgent one, please kind of take it easy.”

Not urgent? When has a tweet ever not been URGENT?