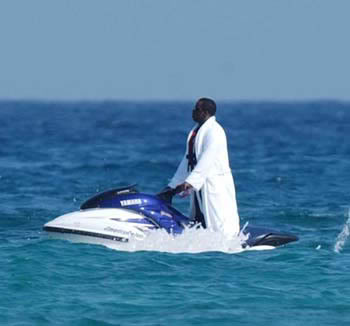 Holidays used to be about exploring exciting cultural destinations, swimming in the sea or just drinking far too many margaritas by the pool. But, it seems that when we’re on holiday nowadays many of us just can’t help boasting about what an incredible time we’re having online.

According to the research carried out by T-Mobile, four in ten Brits check Twitter and Facebook and least once a day while they’re away and 60% are likely to boast online while they’re abroad this summer. Whether they’ll be checking in so you know that they’re in the south of France and you’re in Southend, taking overly posed photos with their tummies sucked in or just writing updates about how intense the sunshine is their boasting is guaranteed to make us feel a little jealous.

Although these stats make us a bit sad (go swim, drink, sunbathe and explore, guys!), they’re not at all surprising. However, what we do find interesting is why we feel the need to share our holidays with everyone online. Three in ten of those polled say they would write a boastful holiday status just to make people at home jealous (AWH what lovely friends you are). Six in ten defend their boasting by saying they like to shout about being happy, which is fair enough. However, four in ten say they do it purposefully to wind up specific people and 15% do it to make an ex-partner jealous. Oh my, maybe we should have been spending our pennies on therapy, not a holiday.

Psychologist Jo Hemmings gives us all a bit more credit and suggests updating Facebook while we’re away is like “sending a postcard”:

“We’re not an especially boastful nation – we usually tend to play down our achievements but social networking has enabled us to post updates and photos about what we’re up to anywhere in the world. Posting updates on social networking sites, while we’re on holiday, is the modern day version of sending a postcard – but of course is much more fun, having a wider audience and a far greater reach.”

The study, commissioned by T-Mobile, has been taken to co-incide with the company’s newly launched Internet and Broadband Travel Boosters, which you can read more about here.