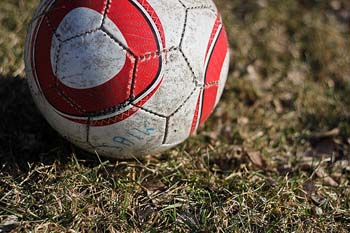 Football fever has taken over Europe again and England has (rather surprisingly for many) shown some promise in its first two games. It may seem like everyone floods into their local to watch the matches, but according to new research many fans are actually choosing to watch the football online.

The study conducted by discount website MyVoucherCodes.co.uk has revealed that 49% of Brits have either already watched or plan on watching most of this year’s European football championships from their computers or laptops online.

We were surprised only 3% of people admitted they were allowed to watch the football at work, which has obviously led to 32% saying they’d be craftily streaming the matches online so their bosses can’t tell and an even more naughty 51% revealed they’d sneak off work early to run off to the pub.

The study was conducted by www.MyVoucherCodes.co.uk in 2012 and polled a total of 1,258 football fans from across the UK.