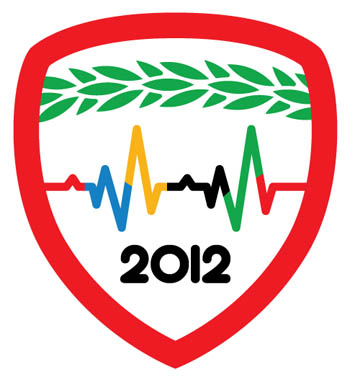 The International Olympics Committee (or the IOC) has teamed up with Foursquare so sports fans can check-in to venues, stadiums and training facilities.

As the Olympics are fast approaching, the IOC has joined forces with location-based service Foursquare so users can work towards a “Get fit for Olympic Day” badge.

Olympic Day is on June the 23rd, the anniversary of the first ever Olympic games, and the new Foursquare badge is designed to get people thinking about their fitness and playing sports in the run up to the big day.

Users will be rewarded for checking into venues, stadiums, training facilities and a number of other locations that have helped to motivate athletes over the years. A number of tips, facts and inspirational messages have been left at certain locations too to make the check-ins a little more fun.

Alex Huot, Head of Social Media for the IOC, said:

“Our integration with foursquare and the ability to leave location-based tips from the athletes is one more way to serve highly engaged fans of the Olympic Games and to integrate social media directly into the Olympic fan experience. We wanted to do something fun and thank our fans who make an effort to stay fit by offering them a chance to win a trip to the Olympics.”

The locations and tips currently on the IOC’s Foursquare page are all over the globe and include Whistler Blackcomb Mountains, Stadio Olimpico in Rome and Regent’s Park in London.

Admittedly a new badge may not be too appealing to those who don’t obsessively use Foursquare already, but one badge holder will apparently be winning tickets to the Olympic Games in summer. Hmm, maybe we ARE willing to become Foursquare geeks and aspiring athletes for a few weeks then…

Visit foursquare.com/olympics for more information, cool facts and locations that have inspired some top athletes over the years.