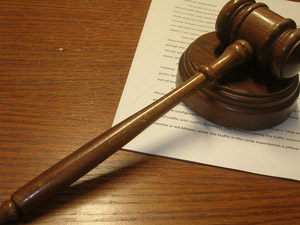 A UK man has been sentenced to twelve months in prison after hacking into someone else’s private Facebook account. Although details about the case are rather sketchy, we can’t help but wonder what this means for future hacking incidents and even fairly innocent pranks that go awry.

21-year-old Gareth Crosskey from West Sussex has been sentenced to a whole year in prison after hacking into a private Facebook account last January. According to a statement released by the Met Police, the breach was reported to the big boys at the FBI by the unnamed individual from the US who was hacked. After tracing the source to here in the UK, the FBI contacted Scotland Yard’s e-Crime Unit in order to track down the suspect.

Crosskey was arrested in July last year for offences under the Computer Misuse Act 1990. For those interested in the legal jargon, here are the specific offences:

“Section 1 Computer Misuse Act 1990 caused computer to perform function to secure unauthorised access to a program/data. Between 07/01/2011 and 14/07/2011 within the jurisdiction of the Central Criminal Court caused a computer to perform a function with intent to secure unauthorised access to a program or data relating to a client held in a computer belonging to Facebook.

So in other words he’s been charged with knowing he was using a computer to do something bad, which would in turn screw up everything for the person he was hacking.

The details of the case are being kept under wraps. Did the FBI react so quickly because it was the Facebook account of a celebrity or important figure? Or is Facebook account hacking Facebook account hacking whether you’re Obama or a 15 year old teen from Georgia? Who knows. It’ll certainly be interesting to see whether Crosskey’s case will set a precedent for future hacking incidents and where the authorities draw the line between serious hacking and an innocent joke gone wrong, just imagine if your colleagues took legal action every time you updated their status with something stupid while they’re in a meeting!?