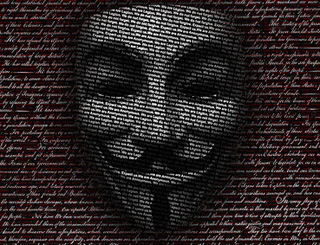 A recent study proves the blindingly obvious, that IT professionals all over the globe are pretty darn scared by the threat of hacking and attacks from groups like Anonymous.

As much as many of us would like to think IT professionals are strong, fearless individuals ready to take on the world (think Leonidas in 300), a new survey proves that in actual fact many live in fear that organised hacking groups will mess everything up for them in the near future.

The research, commissioned by security firm Bit9 and detailed in its 2012 Cyber Security Research Report, revealed that 61% of those working in the IT industry see Anonymous as the biggest threat to their profession. More than 60% of those fearful little souls actually believe the hacktivists will attack their company’s IT system within the next six months. Come on now, that’s no way to live your life.

When asked why so many of the IT crowd feel so apprehensive, 61% said it’s due to the rise in numbers of hacker groups, but interestingly 16% admitted it could well be down to media hype about the big bad attacks.

As you’d expect, many of those that are REALLY concerned work for companies with more than 500 employees, presumably with IT systems in place that would take a lot of time and effort to piece back together in the event of an attack. Although we’re concerned that paranoid IT workers could be giving themselves a lot of unnecessary stress and heart problems later down the line, maybe the fear is a good thing to have, as 58% said they did have faith in the security systems they had in place and hope to continue to improve them in the future, just in case.