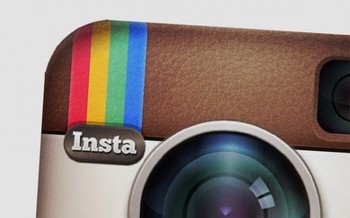 How about this for an Easter Monday bombshell. Facebook is to buy the popular photo-sharing smartphone app Instagram for $1 billion in cash and shares (£629 million).

Launched in October 2010, Instagram has apparently 30 million users, uploading more than 5 million new pictures each day. The app is free and allows users to apply 17 filters to the pictures they take – changing the colour balance to give the images a different feel – before they are uploaded.

Facebook’s chief executive Mark Zuckerberg has pledged to continue to develop Instagram as a separate brand, allowing it to post to rival networks.

Zuckerberg wrote on his Facebook page: “We think the fact that Instagram is connected to other services beyond Facebook is an important part of the experience.

He added: “This is an important milestone for Facebook because it’s the first time we’ve ever acquired a product and company with so many users. We don’t plan on doing many more of these, if any at all.”

Instagram CEO Kevin Systrom confirmed via his site’s blog that the service, “is not going away,” adding, “The Instagram app will still be the same one you know and love.”

Paul Kedrosky, a tech investor and author of the Infectious Greed blog, told the BBC: “I understand Instagram has 13 employees – so at $77m a head that makes it the most expensive business deal in history that I can think of.” Mr Kedrosky said the speed of the deal was unusual.

“After launching on Android last week and adding one million users a day, it became obvious that this wasn’t just a photo sharing app – it was a competitive social network, and the concern may have been that there would be rival bids.

“That’s the only reason to think Facebook would have done this in the quiet period ahead of its flotation.”

Instagram’s FAQ says it had previously raised $7.5m in funding from three venture capital firms and “a small group of angel investors”.

The deal marks the second time in four months that Facebook has taken on staff from another social network.

In December, it announced it was hiring the co-founders of the location-based check-in service Gowalla. The network closed down shortly afterwards.

The moves come ahead of Facebook’s planned flotation later this year. The firm reportedly plans to issue $5bn worth of stock on the New York-based Nasdaq exchange in May or June. The deal could value the firm as being worth as much as $100bn.

The sale comes shortly after Zynga, the online games firm, paid $200m for OMGPOP, maker of Draw Something, an online version of Pictionary that in less than two months has been downloaded over 50m times.