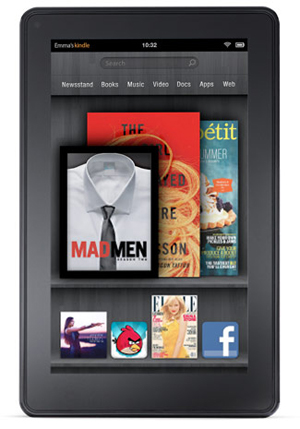 We all breathed a sigh of relief when we found out the Amazon Kindle Touch had finally been given a UK release date, but where oh where is Amazon’s tablet, the Kindle Fire?!

Well it seems while we sit and wait for it there are lots of rumours flying around the web about its sequel, which may come in not one, not two, but three different versions.

Despite the fact previous rumours had suggested the next Kindle Fire would come in 10 and 7 inch models, numerous Taiwanese publications are now contradicting that, stating that the Kindle Fire 2 will come in an 8.9 inch size and two slightly differing 7 inch models instead.

The main difference between the two 7 inch versions is said to be screen resolutions: an entry level model will kick off proceedings with a 1024 x 600 resolution, with the mid-range model offering a 1280 x 800 screen.

Moving up to the 8.9 incher, it’ll be Amazon’s top of the line model, offering a full HD screen resolution, with only the new iPad offering more impressive display tech from within a teeny tablet.

Of course, as ever, it’s all rumour and speculation at this point. But should the rumours regarding the HD 8.9 incher prove true, the Retina Display of the latest iPad may have a new, cut price rival quite soon.