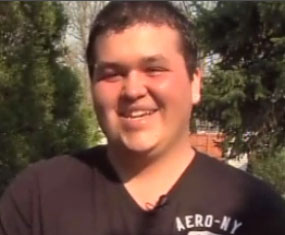 A school kid over in the states has been expelled because he sent out a few tweets containing the F-bomb, even though he sent them at night from his personal account. That’s a little harsh, right?

As Twitter is so public (unless you’re weird and secretive and set it to private), it’s probably not a good idea to say much that you wouldn’t say in real life (we’re talking to you Liam Stacey). Granted most normal people don’t tweet anything too abusive or offensive, but unless your employers are particularly strict we’d assume the odd swear word is perfectly acceptable, right?

Well, no. Austin Carroll, a school kid from Indiana, has found out the hard way as he swore a few times in his tweets and soon found himself expelled from high school. The crazy thing is the tweets in question were sent late at night and weren’t referring to other people or the school, or anything that really should have caused offence in this day and age.

We feel like we’re on Carroll’s side here, but the tweet actually seems pretty pointless and silly, we’d have at least hoped he’d be ranting or getting something off his chest. According to Digital Trends the tweet read something like:

However, despite the fact the tweet reads like crazy ramblings and isn’t offending anyone, the school has claimed that because he was using a school-owned computer he was very much in the wrong.

But dont fret too much for foul-mouthed Carroll just yet, despite the fact a number of students have protested about his expulsion he’s just decided to go and finish high school somewhere that isn’t so strict.

Although we stand by the fact a swear word shouldn’t land you in lots of trouble, this should be a reminder that there’s a chance everything you’re saying online RIGHT NOW could be monitored and recorded. Even all of that stuff you think is much more private. Pretty scary, huh?

[Via Digital Trends Image via INC]