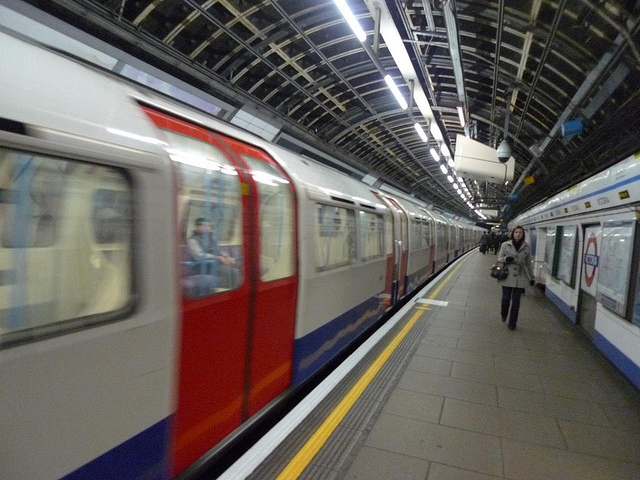 Yesterday the mayor of London announced plans to introduce Wi-Fi service to parts of the underground in time for the Olympics this summer. Some super connected Londoners have been excited by the news, but many others are a little more wary about what the plans could mean for them.

According to a statement released by the mayor of London yesterday, plans are currently underway to introduce Wi-Fi service to parts of the London underground over the next few months, just in time for the Olympics in July.

We don’t doubt this would be a really beneficial move for a LOT of Londoners, but just imagine how much the craziness of pushing, elbowing and squashing each other would be further exacerbated by the checking of ranty emails and reading of the Daily Mail website. What a scary thought.

So are Londoners truly excited about the thought of being plugged into the Matrix even when they’re on their daily commute, or is some down-time to brush up against sweaty strangers and do nothing but just play Solitaire what we all need now and again?

Well, according to a recent study, around 55% of Londoners are actually against the idea of Wi-Fi on the tube, despite the fact we’re a nation obsessed with being online.

The research, conducted by MyVoucherCodes.co.uk, polled 950 Londoners and found that 48% would be worried about their privacy when browsing the internet on the tube, particularly when it comes to inputting sensitive data and passwords.

A further 31% said they were against the idea because it could well lead to an increase in thefts, which is an argument we’d tend to agree with here at Shiny Shiny, and 14% said it would just stress everyone out even more, leading to an increase in ‘tube rage’.

So are you with the 55% of Londoners who aren’t too keen on the plans, or are you excited about never missing another passive agressive email ever again?

One thought on “STUDY: Londoners are apprehensive about tube Wi-Fi plans”