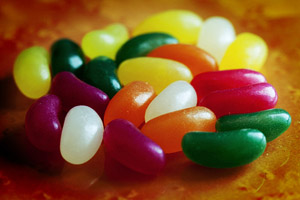 Despite the fact Google’s Ice Cream Sandwich is on less than 1% of Android devices at the moment, it seems the next version of Google’s OS, called Jelly Bean (awh), could be launched in early summer according to reports on DigiTimes.

Although these claims are really nothing more than rumours right now, DigiTimes claims to cite a Taiwanese supply chain maker in its report, which highlights some of the features of Jelly Bean:

“Android 5.0 will be further optimized for tablet PCs, while Google will also integrate its Chrome system functions to push dual-operating system designs. Brand vendors can either choose to adopt only Android 5.0 or add Android 5.0 to Windows 8 devices with the ability to switch between the two OSes without the need to shut down the computer.”

Oh, and we can’t be the only ones with an immature side who are pretty excited at the thought of hearing serious tech types say “jelly bean” a lot at conferences over the next few months… Right?!