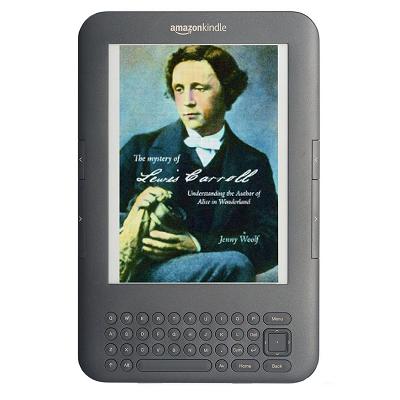 Here at Shiny Shiny we’ve made peace with the fact that we rarely pick up actual books anymore and reach for our cute little Kindles instead. But as advanced as the Kindle’s E Ink display is, it still lacks something that ‘real life’ books have nailed, colour.

Well it seems a fancy colour Kindle may be on the cards in 2012, as according to a report from DigiTimes, Amazon are preparing to launch a new bright touchscreen device.

Unlike Amazon’s current Kindle Fire tablet, which runs Android OS under a glass touchscreen, the colour Kindle would use a similar technology to that already present in the regular Kindle devices, making it far more readable in direct sunlight and much more like a classic book.

According to the Chinese newspaper Economic Daily News, E Ink will be looking to ship three million colour displays a month once production begins. Amazon has been rumoured to launch a colour Kindle for quite some time and at one point it appeared that Qualcomm’s Mirasol colour screen technology would take the contract, but it now seems as though Amazon is firmly sticking with E Ink’s efforts instead.

There’s no definite news about when the colour touchscreen Kindle will be arriving yet, but with the UK still holding out for the long awaited Kindle Fire tables, we expect it won’t be anytime soon. Boo.