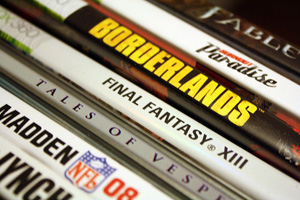 Most people are reluctant to collect together and trade-in old electronics, games and software because they think it’s a lot of effort for a relatively small reward. However, according to a new study the average gamer has more than £100 worth of unused games lying around that could be cashed in.

The research carried out by video game marketplace Playr2.com found that the average gamer has £135 worth of video games they’ll never use again stashed away in ther home.

Most of the self-confessed gamers that were polled admitted to having traded-in or sold unwanted games in the past, but said they rarely keep on top of just how much money they could be making back from the rejects.

“We’ve all got games in our collection that just sit collecting dust; whether it be because we’ve completed them, got the latest franchise release or simply didn’t like them in the first place. To ignore them is to flush money down the drain though, as the value in unused games can be significantly more that you’d expect, and you could end up making a pretty penny if you were to sell them on.”