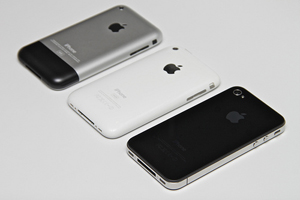 If you accidentally leave your mobile phone at home, it loses battery or it just dies on you for no apparent reason, you know that it can leave you feeling a bit lost and panicky. What if something serious happens to one of your relatives? What if there’s an emergency and you need to make a call? And most importantly, what if you’re tagged in an unflattering photo on Facebook without even knowing?

We all know it feels strange to be without our mobile phones, but since 2008 it’s been considered an ACTUAL phobia, known as nomophobia. Although it may seem a bit ridiculous, a recent survey has found that the phobia is increasingly found among the British population, especially women.

The study, sponsored by SecurEnvoy, has found that two thirds of the 1,000 respondents in a recent survey admitted to feeling scared about being without their phones. More than 41% of those interviewed admitted to having two phones or more as well, just in case something were to happen to one of them.

The research also found that women are prone to worry about their phones much more than men, with 70% feeling the fear compared to 61% of men. It also comes as no surprise that the younger generation (aged 18 to 24 years old) are more nomophobic, with 77% admitting to being scared about being disconnected.

“The first study into nomophobia, conducted four years ago, revealed that 53% of people suffered from the condition and our study reveals this has now risen to 66% in the UK and shows no sign of abating. A reversal on the 2008 findings is that, back then, it was men that were more afflicted yet today it’s women. I’d be inclined to draw the conclusion that, perhaps because more men have two phones, they’re less likely to misplace both and therefore be left phone-less.”

We’re obviously a little bit wary of the research, because asking a group of people whether they’re scared or not may not is a little subjective and may not necessarily constitute an actual phobia. However, we’ve been without a phone for few hours before and it was pretty terrifying…

One thought on “Nomophobia: Are we really terrified of being without our mobile phones?”