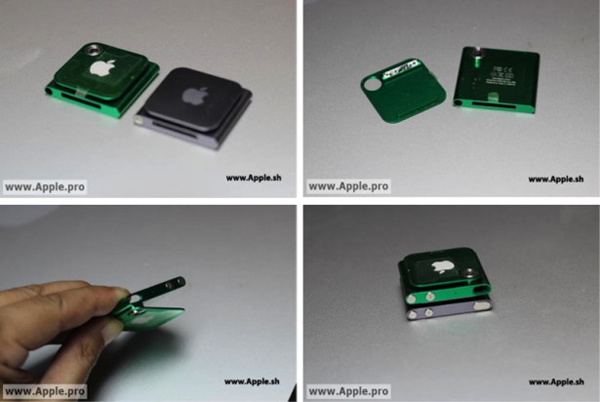 After a September 2011 no-show from the annual iPod Nano range update, it now seems as if Apple is ready to reveal the next generation of its bright, mini MP3 players, with one very special feature…

A number of images that were leaked onto the web this week purportedly of the seventh generation iPod Nano show both the rear clip AND video camera that had been dropped after the 5th generation of the device to scale it down even further.

The camera is said to be 1.3MP, but reportedly has significant problems holding it back. According to MicGadget, its auto iris is causing images to blur, as well as capturing “overexposed photos”.

It’s not like Apple to release something with these notable problems, but as the blog states it’s just a two-month old prototype, it’s likely these issues will be ironed out before any kind of release later in the year.

That is, of course, providing that the leak is the real deal. Apple is rumoured to be re-launching the Nano in the Spring and we’ll have to wait and see whether that includes a camera or not.