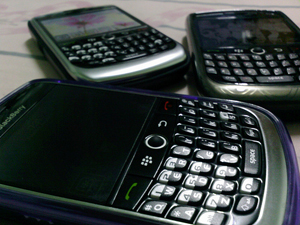 We all know that January sucked for all kinds of reasons, it was cold, Christmas was over and there never seemed to be any sun. But really we hated it because we spent far too much over the festive period and we just had to wait so freaking long until pay day.

Well according to stats from SellMyMobile.com a lot of us tried to beat the January money blues by selling our old mobile phones. A huge £2.6 million worth of old handsets were recycled in January, a 30% increase from January last year.

It’s hardly surprising that the iPhone 3GS and iPhone 4 were the most popular phones recycled last month, after all we all know Apple fans just have to have the latest model, so we’re guessing they all got an iPhone 4S for Christmas.

“As smartphones become increasingly more popular, we’re seeing the average value of mobiles recycled go up and up – and this is only set to increase as handset innovation continues. Just by looking at the top 10 list of most recycled phones, you can see consumers are cashing in on the most valuable phones out there.”

We’ve always been a little sceptical about whether you actually make any decent amount of money from giving your old mobile phones to recycling websites, but if you’re getting rid of something fairly new you can get a fairly good deal, which doesn’t involve having to get involved with the headache that is eBay. Just be sure to shop around for the best deal.

One thought on “Brits recycled £2.6 million worth of mobile phones in January”