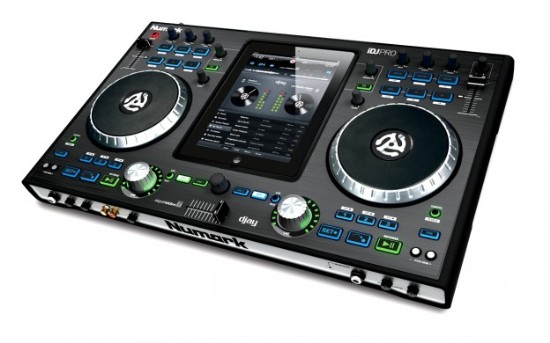 The iPad isn’t just for playing Angry Birds or scrolling through your emails, if you enjoy messing around with tracks and creating new mixes there are plenty of fun DJ apps to keep you amused. However, this DJ controller from Numark really takes the iPad’s music ability to the next level, and although it’s primarily made for consumers, it does give you professional controls and (fairly) professional sounds.

The huge station has a space for your iPad or iPad 2 in the middle so it can take centre stage, as well as jogwheels, pitch control, loads of volume buttons and many more controls that integrate with one of our all-time favourite apps, Djay.

The iDJ Pro also gives you access to the cloud and you can then download any track and start playing it within in seconds. It also comes with a mic and Airplay capability, allowing you to play your set over compatible speakers.

The pretty impressive station was unveiled at NAMM 2012 earlier this week, so you can’t snap one up just yet, but we expect it’ll be available later in the year.