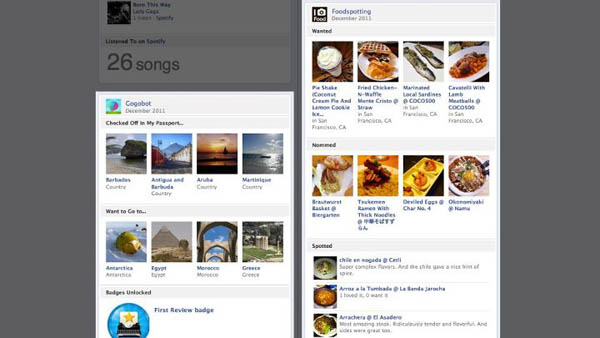 There will also be the possibility for apps to interact with each other (perhaps diet and fitness apps for instance) while Facebook is now open to all public app submissions too.

According to the official Facebook blog, some of the revamped apps include Pinterest, Rotten Tomatoes and Ticketmaster and there’ll be many more to come in the future for all kinds of different users and interests.

The team are also keen to point out that users will have control over what’s shared and can quickly get rid of the app if it’s not working for them. Those who are already really frustrated by the new Guardian app might tend to disagree through…