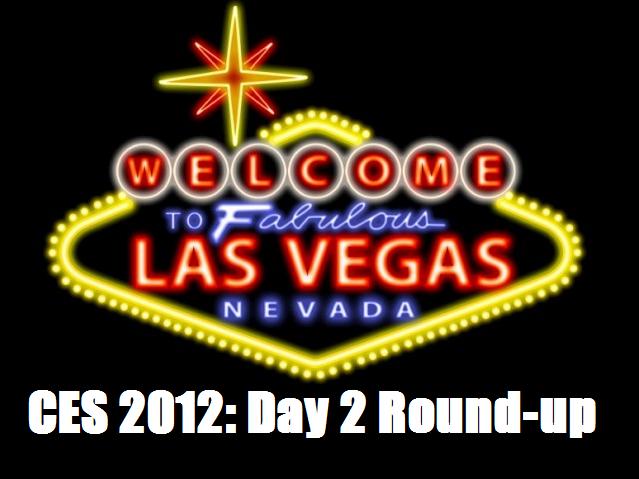 Day two of CES 2012 is in full swing in Las Vegas now, with more gadgetry goodness pouring in. The UK Tech Digest team is rolling in for the night, but before we do that, here’s a round up of all today’s big CES stories.

Shiny Shiny will be continuing to post Stateside through the night, so be sure to keep a track of their findings from the show floor, as well as the constant stream of updated CES video content hitting our YouTube channel! Also, be sure to check out yesterday’s round-up for all the pre-show and day one news!

Dell will try again with tablets in 2012

Can they learn from the disastrous mistakes they made with the Dell Streak?

Ultra-high definition recording is no longer the reserve of Hollywood!

Griffin turn your iPad into a music studio with StudioConnect

Because all the best songs are written on the road.

Probably the best plasma screen TV in the world today.

Do you really need NFC tech in your headphones? The answer is yes. Yes you do.

Half Android, half camera. If my maths are correct, it all rests on whether it’s half smartphone too…

The maddest CES 2012 launch so far, and definitely one to keep gamers happy.

Giant transforming touchscreen PC heading to a tabletop near you soon.

More flexible than a contortionist made of Play-Doh.