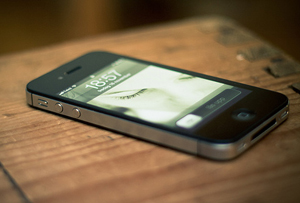 I think we’re all probably well aware that we check our phones far too much, when was the last time you went for a meal and the people you were with didn’t all put their phones on the table in front of them?! Exactly.

But is there really a difference between the amount of time men and women spend checking their emails, looking at Facebook and responding to texts?

According to new research commissioned by online smartphone retailer Dialaphone, 52% of married women check their smart phones within 10 minutes of waking up. In fact 29% look at their phone before they even bother to look at their partner. Aw we’re a romantic bunch, aren’t we?

However, it seems men prefer to look at their partners instead, with only 18% reaching for their phones straight away.

It’s an interesting study, but we wonder whether this is more a testament to which sex tells the truth. After all, we all check our phones far too much, but maybe it’s only the women who are willing to admit it…

From a UK survey of 1007 smartphone users in Britain, who are married or living as married was conducted between 25 and 29 November 2011.