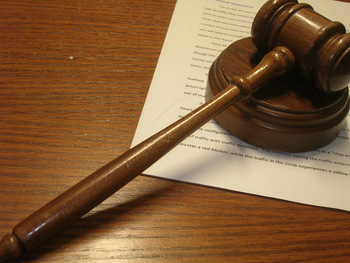 If you really want to, it’s very easy to lie on the internet. Whether you cheekily knock a year or two off your age or set up lots of fake online personas of Catfish proportions.

Well, according to Digital Trends, those that tell even a tiny white lie online could soon be committing an actual crime.

The US Department of Justice may soon make it a federal crime to violate the “terms of service” of any website. As Digital Trends points out, this could be anything from using a fake name on Facebook to lying about your weight on a dating site.

A leaked document reveals that Richard Downing, the Department of Justice’s deputy computer crime chief, may well be delivering a statement to Congress today detailing some of these new plans. However, it seems that the aim isn’t to send everyone to prison for lying about the tiniest of details, but instead the act of prosecuting people for violating terms of service will serve as a way to deter more serious crimes, like identity theft and invasion of privacy.

There will obviously be many people arguing against this rather broad and extreme rehashing of the law. After all, it’d be farcical to see someone prosecuted for gaining a few pounds and not updating their Match.com profile or using Google if they’re under 18, actions which are forbidden in the terms of service for both sites.

Even though Downing’s plans are unlikely to come to fruition, maybe we should all start paying a little more attention to the terms of service on websites and networks in future, because let’s face it how many of us have ever read through them? Thought so.