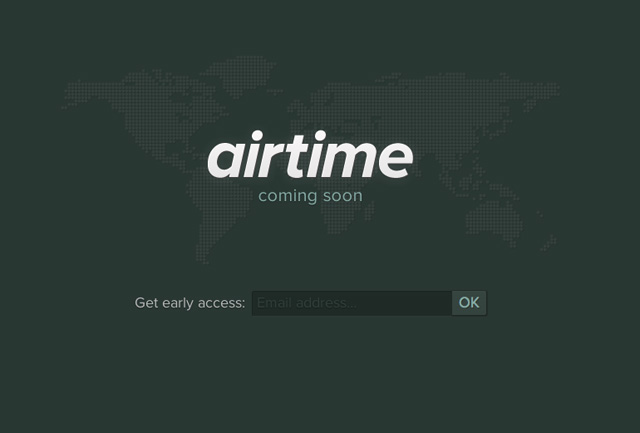 According to Techcrunch, Airtime is similar to Chat Roulette in that a big part of it will be about meeting people you don’t know, possibly through random, real-time video chatting, which sounds interesting yet a little uninspiring at the same time.

“Your social network has become too rigid and constraining […] Facebook is about identity, the people you already know. […] It has little to do with people you don’t know.”

Now he makes a good point. I’m sure there are plenty of people we don’t know that we’d get on really well with and it’ll be interesting to see whether Shawn and Sean can provide us with a way we can connect with randommers without the creepiness/nakedness that seems to come hand-in-hand with the likes of chat rooms and Chat Roulette.

However, a lot of the time it’s the people we don’t know as well that just seem to annoy us the most on Facebook, so do we want to connect with more people like that? The Facebook team have made no secret in the past that they feel it’s better to have a smaller number of friends, because then recommended content is likely to be much more valuable to you if someone you know, like and have things in common with is sharing it.

But then again, maybe that’s a problem with Facebook and the kinds of people it attracts into our network (people we knew from primary school, our friend’s chavvy brother) rather than a problem with connecting with people we don’t already know well. After all, most of our Twitter connections may be born out of shared interests and contacts, but a lot of the time we don’t really know them before we hit follow.

It’ll be interesting to see whether Airtime can really bring something different to the table, or whether it’ll just squash Chat Roulette, Facebook and chat rooms together and expect us to be impressed.